Croatia Villa Vacation Rentals Novalja, 2 Bedrooms, Private swimming pool. The town of Novalja, from where you...

Croatia Villa Vacation Rentals with pool by the sea for...

The Island of Lavender

Croatia, officially the Republic of Croatia, is a unitary democratic parliamentary republic in Europe at the crossroads of Central Europe, the Balkans, and the Mediterranean. Its capital and largest city is Zagreb. The country is divided into 20 counties and the city of Zagreb.

Croatia covers 56,594 square kilometres (21,851 square miles) and has diverse, mostly continental and Mediterranean climates. Croatia's Adriatic Sea coast contains more than a thousand islands. The country's population is 4.29 million, most of whom are Croats, with the most common religious denomination being Roman Catholicism.

Tourism dominates the Croatian service sector and accounts for up to 20% of Croatian GDP. Annual tourist industry income for 2011 was estimated at €6.61 billion. Its positive effects are felt throughout the economy of Croatia in terms of increased business volume observed in retail business, processing industry orders and summer seasonal employment. The most numerous are tourists from Germany, Slovenia, Austria and the Czech Republic as well as Croatia itself. 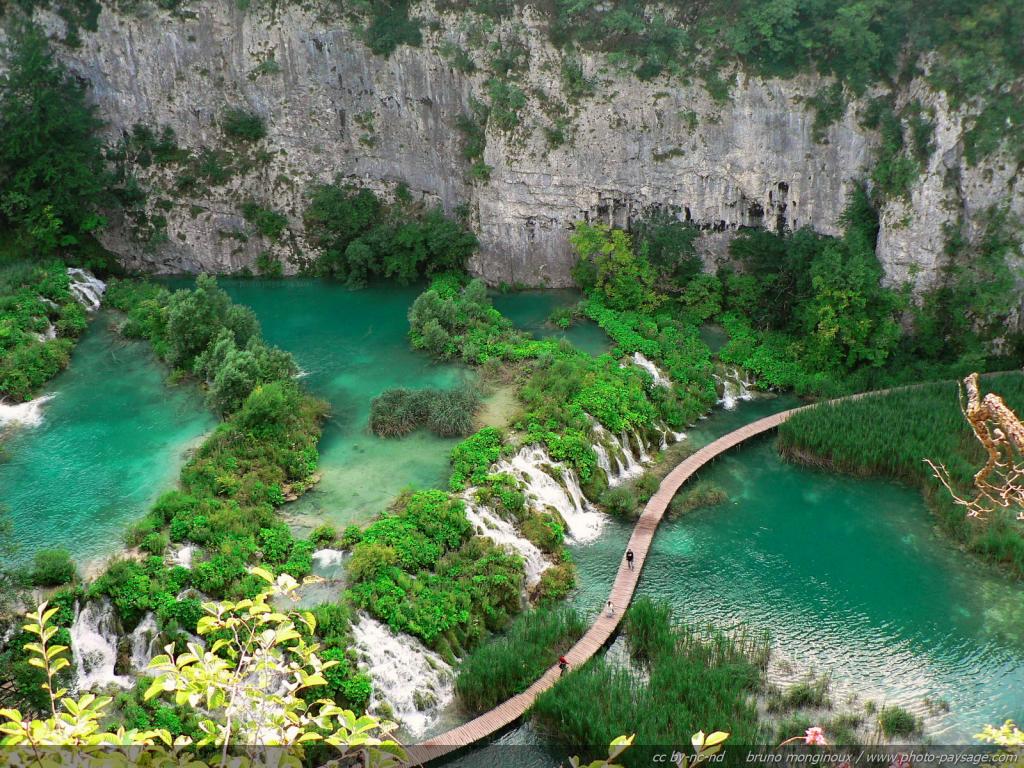 The protected area extends over 296.85 square kilometres (73,350 acres). About 90% of this area are part of Lika-Senj County, while the remaining 10% are part of Karlovac County.

In 1979, Plitvice Lakes National Park was added to the UNESCO World Heritage register among the first natural sites worldwide. Each year, more than 1,200,000 visitors are recorded.

With a pleasant Mediterranean climate, 2600 sunny days per year and protected nature, Dubrovnik offers you the opportunity to explore historical sites, museums and galleries, and to learn about the wisdom of our ancestors. Enhance your holiday with a tour of the city and its surroundings, tasting exquisite gastronomic specialties or attending sports events that will invigorate both your body and soul.

Take a tour of Ston, visit the salt works, taste the oysters of Mali Ston Bay and explore the wine route on the Pelješac Peninsula. While on Peljesac, take a ferry from Orebic and you will reach the Island of Korcula in no time. The medieval city of Korcula is encircled with city walls. With a neat layout and rows of gothic and renaissance buildings, Korcula is the native city of Marco Polo. The city boasts the traditional knightly dances moreška, moštra and kumpanija.

The most beautiful parts of the Dubrovnik Riviera include Cavtat and Konavle. Among many reasons why one should visit this area are the unique folk costumes, good wines, smoked ham, cheese kept in oil and the story of silk.

If you are a lover of hiking, the hills of Konavle are the right choice. At the hundred-year old mill on the River Ljuta housing the Konavoski Dvori Restaurant you may also taste freshwater fish. A jeep safari and horseback riding are only some aspects of the wide-ranging tourist services offered in Konavle. If you enjoy eating - and even picking - tangerines, birds watching and archaeology, the valley of the River Neretva - the biggest one in the region - is the right place for you.

Make sure to visit the Island of Mljet, mentioned in the legends of Odysseus, St Paul, the Benedictines and the Mediterranean monk seal. With two unique seawater lakes surrounded by pine woods that reach the shore creating an atmosphere of untouched nature, the Mljet National Park is frequented by tourists the whole year round. Rent a bicycle and cycle to the woods and lake shore, or merely take a walk, smell pinewood and take a boat to the Isle of St Mary - situated in the middle of the Large Lake - and explore the 12th century Benedictine Monastery and Church.

After the excursions to its surroundings, the lovely beaches of Dubrovnik and crystal clear sea are waiting for you. Top quality hotels, superb wellness centres and more than a thousand different events throughout the year were created precisely for you and your memorable stay!

Dubrovnik was also the main filming location in Croatia for King’s Landing, a fictional city in Game of Thrones, the famous television series based on the series of fantasy novels “A Song of Ice and Fire” and distributed by HBO. For those who have seen the series and are passionate about it, a visit to Dubrovnik will become a beautiful déjà vu because of the way in which it was so well integrated into the setting of the series.

With a base such as that of the Old Town of Dubrovnik, no special measures were necessary for scenery or special effects in order to play the fortified port city of King’s Landing, a stronghold of the Lannister family. Filming grandly exploits the large outer walls, fortifications built over time by human hands, as well as the narrow streets of the old town where several scenes happen during the course of the episodes.